Roanoke Times – Eric Owens back in majors as a hitting coach 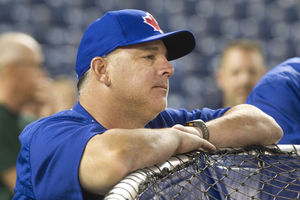 As a player, Eric Owens made it all the way from Ferrum’s nonscholarship baseball program to the major leagues.

Now he’s back in the big leagues — as a coach.

The former major-league outfielder is in his second year as the assistant hitting coach for the Toronto Blue Jays, who have made it to the American League Championship Series for the second straight fall.

“The playoff atmosphere is second to none,” Owens said Monday in a phone interview before Game 3 of the ALCS. “You can’t replicate that in any way. To be able to experience it has been probably the most fun part of having this job.”

Owens, 45, played in the majors for parts of nine seasons (1995 through 2003). After his playing career ended with a 2005 stint in the Mexican League, he spent nine years as a coach in the minors. This is his second year as a major league coach.

“I don’t miss playing at all anymore,” he said. “To be able to be part of a team and organization like Toronto is an honor, to be around Jose Bautista and Edwin Encarnacion and Josh Donaldson and Troy Tulowitzki. … To be able to work with superstars on a daily basis, and then you’ve got the Kevin Pillars and people that you have to be more nuts and bolts with, I think it looks pretty good on my resume.”

Owens graduated from Tunstall High School in 1989. He reaped scholarship offers from Virginia Tech, Virginia, North Carolina State and James Madison — for football. His only baseball offers were from small colleges. He never hit a home run in his Tunstall baseball career.

Barry Shelton, then a Tunstall assistant baseball coach, advised Owens that because he was only 6 feet tall and weighed just 170 pounds, college baseball would be a better option for him.

Owens headed off to Louisburg, a junior college in North Carolina, on a baseball scholarship. But he left after the fall 1989 semester because the Louisburg coach was bringing in another player at his position (shortstop). He transferred to NCAA Division III member Ferrum, lured by the opportunity to play both baseball and football.

Owens was an All-Dixie Conference second baseman as a Ferrum freshman in 1990 and was an All-American shortstop in 1991 and 1992. He was named the 1992 NCAA Division III player of the year as a junior. He turned pro after being picked by the Cincinnati Reds in the fourth round of the 1992 draft.

“I was a late bloomer because I was small coming out of high school,” Owens said. “Lifting weights for college football really bulked me up.”

Owens, who still owns the Ferrum record for career batting average (.430), helped then-coach Abe Naff’s Panthers reach the Division III baseball playoffs in each of his three years at the school. He teamed with another future major leaguer, Billy Wagner, for two of those years.

“Coach Naff, being able to learn from him, he really helped jump-start my career,” said Owens, a member of both the Ferrum hall of fame and the Salem-Roanoke Baseball Hall of Fame. “All those great seasons we had — what a great run we had.”

Owens moonlighted as a starting receiver and backup quarterback for the Ferrum football team.

“My football mentality helped me as a baseball player to get through rough times because you have to be mentally tough in football,” he said. “In football, they’re trying to knock your head off. When they do, do you get up or do you just lay down?

“As a coach in baseball, I’ve seen a lot of kids who’ve only played baseball, … and that’s their mentality, to lay down and not get up and fight for something they really want.”

Owens had a career batting average of .264 in the majors, where he played for the Reds, Milwaukee Brewers, San Diego Padres, Florida Marlins and Anaheim Angels.

After concluding his playing career, Owens got some career advice from current Chicago Cubs manager Joe Maddon. At the time, Maddon had just left his job as a coach on the Angels’ staff to become a first-time manager for the Tampa Bay Rays.

“Joe Maddon called me and asked me what I was going to do the rest of my life,” Owens said. “I called him back and said, ‘I don’t know. What do you suggest?’ He said, ‘Why don’t you get into coaching? I think you could help kids get to the big leagues.’ ”

Owens began his coaching career in 2006 as a Class A hitting coach with the Angels organization. He spent two years coaching in Single-A ball before moving up to Double-A.

“When I was a Single-A coach, … I had to bring money out of my pocket from my playing days to be able to survive,” Owens said. “Riding buses and eating peanut butter and jelly sandwiches aren’t the greatest thing in the world, but everybody has to start somewhere. I learned a lot from those couple years, being in the trenches with the kids day in and day out.”

After spending the 2009 and 2010 seasons as a roving minor league coach in the Angels organization, he was named the minor league hitting coordinator for the Los Angeles Dodgers. He spent four seasons in that job, honing the talents of future Dodgers such as Corey Seager and Joc Peterson.

The Blue Jays in 2015 joined a trend that has become popular in the majors by adding an assistant hitting coach to its staff. Owens got the job.

Having two hitting coaches is a great idea, Owens said. While hitting coach Brook Jacoby is off working with the Blue Jays hitters in the batting cage on a given day, Owens is breaking down the video of the opposing starting pitcher. On other days, their roles are reversed.

“What hitting coaches used to do is go to the cage and you do cage work, then you go do [batting practice], and you might have a little bit of [study] on the pitcher,” Owens said. “But nowadays there’s so much video and analytics and other things that we have to go through. It’s definitely a two-headed monster now.”

Owens said he had not been dreaming of making it back to the big leagues as a coach.

“Once I got into coaching, it was really about the players,” he said. “I just wanted for players to be able to experience playing in the big leagues like I did.”

Eric Owens back in majors as a hitting coach 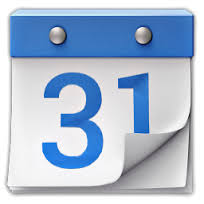